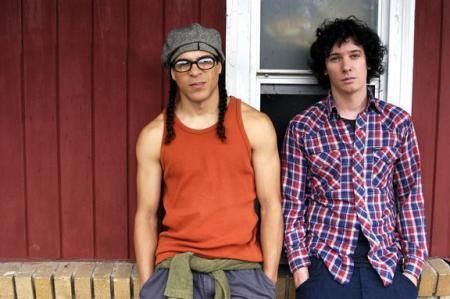 The buddies were rarely seen without each other, I mean Trevor ( real name Michael Jackson) and Cory ( Cory Bowles), and both were on their way to creating a lot of funny moments on the show. So why did Trevor leave trailer park boys after gelling so well with the audience? The reason may not be outright known to everyone but a little bit of  research reveals some important issues.

The seventh season brings us the news that Cory and Trevor have been sent to a psychiatric hospital with no updates regarding their return. Cory however, was back with us on season 8 of the Trailer Park Boys but the disappointing part was that there was no Trevor.

Why did Trevor leave trailer park boys after doing so well on the show?

The real reason became clear when Michael Jackson shared some of his experience during the show. The first issue was the obvious one, payment. The actor refers several times to the backbreaking work conditions on the trailer parks sets and poor compensation took out his zeal of continuation.

The pay was low to start with but the producers were not willing to increase the remuneration even after ratings gained momentum and the show created records. For both the first and the second season the wages remained quite low. It was still okay then because the series was then not so successful. But season 3 became a major challenge because the pay remained on minimum levels. Jackson states that the pay increased during the fourth season but what he received was way too less compared to many others doing lesses value projects and even commercials. He was told that the demand for a raise was not justified as everyone else was on the same level ( which was not true as per him).

The second season saw the workload increasing exponentially. There were times when the actor work on three different duties due to lack of staff. The resources were inadequate to handle the workload which created troublesome and stressful working conditions for crew members.

Michael feels that the producers did not show the level of respect that people were actually expecting. This was felt strongly during the fifth season when things were on a roller coaster mode. In other words, the show was making millions but ground level recognition was simply not there. There were misunderstandings that could have been avoided but it was going on a downhill mode. One such incident was when Jackson had to shoot for another show ( he had informed the manager) and received a call from the TPB unit to come and shoot. The producer, Michael Volpe remarked that he was acting bad on purpose.

The contract was not over, in fact there was another year left, but he decided not to return.

People hearing this story have mixed reactions but there is disappointment that he is not a part of the hit show. But what happened to Trevor on trailer park boys is something that has become a part of the industry now. So many deserving actors do not get the fair share of limelight. I am not taking anything away from the boys but the supporting characters also provide a great deal of value to the show.

Difficult working conditions have now become a part of the entertainment industry in general. What is disheartening is that people fail to recognize the hard work put in by the grass root contributors. On top of that, the wages levels are something that need radical changes. Of course, we witness only the fame and thrill but issues like this one deserve to come out in open with greater coverage.absence of Cory and Trevor is surely felt! I wish you the best in your future career and sorry, much success to the TPB franchise. You’re missed.”