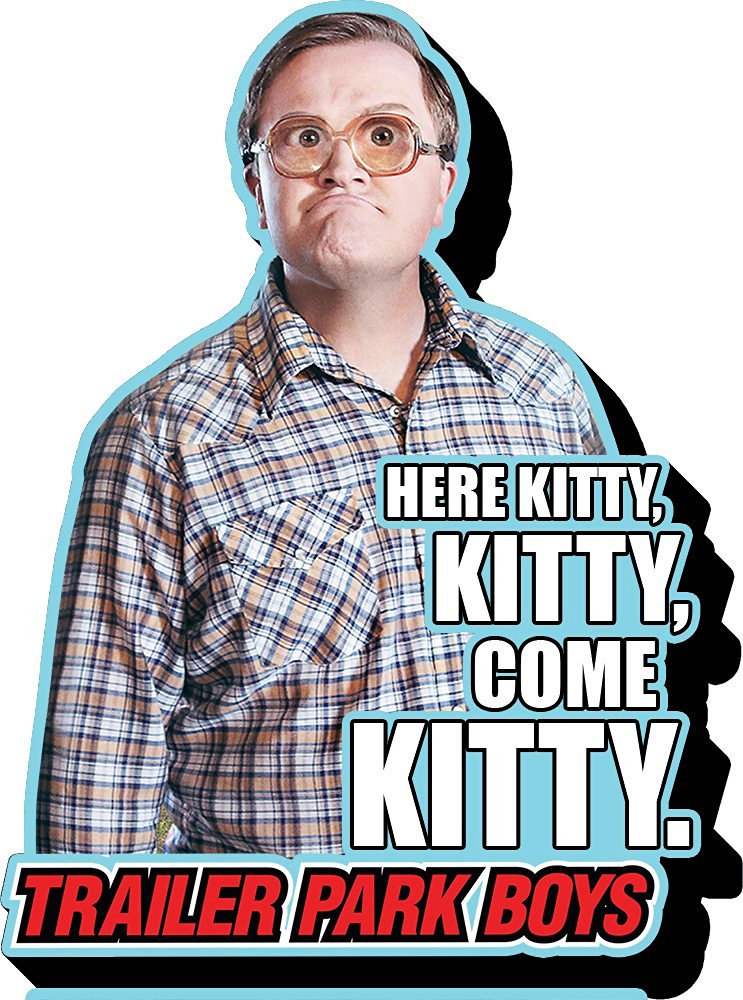 The man who plays Bubbles on the Trailer Park Boys has made the iconic nerdy glasses as famous as the series itself.

Mike Smith, who plays the character Bubbles on screen, in fact, wore the glasses even before the show took shape.

He used to perform comic gigs to entertain friends and the glasses helped in the act. There is nothing expensive about the product but they are downright funny.

You would be surprised to know that Smith found them at an estate sale in Texas and the price tag was like 50 cents !

In the TPB show Bubbles got the glasses from a dead person and then the character takes over.

Some argue that the Trailer Park show is the greatest comedy saga in the Canadian showbiz history.

A group of misguided characters create hilarious scenes day in and day out. Their grand schemes are often cut short by police and other members in the park but the boys keep planning for something better.

Ricky is someone with a lot of swag. If you have not heard some of his Rickyisms then you are missing something on the spirit of life. Julian is the man who enjoys twenty four hour drinking session with ease. People do wonder what he drinks!

With Bubbles you get a sense of old school love and charm. Perhaps he is the one who you would want as a permanent neighbour!

The show takes place in Sunnyvale trailer park and Bubbles acts like the “behind the scenes backbone”. His overflowing love for kitties may come as a mild surprise for some.

It was the year 2016. Mike Smith was booked on suspicion of misdemeanor domestic battery. A $20000 bail bond brought him out of arrest.

It seems that the case was that of loud and heated dispute. Georgia Ling, the alleged victim in the case, released favorable statements that opposed the charges he was facing. It seems that all is well for now. Being a celebrity is no easy task after all!

He was in a band called Sandbox and played guitar. Their album bionic did quite well and got a Juno award nomination. Unfortunately, the team broke up and Mike was looking for something new to stay in the industry. Then came the Trailer Park boys and the rest is history.

If you happen to visit any of the TPB concerts you instantly experience his musical abilities.

The popularity of the boys has given rise to some off beat business ventures. If you happen to visit downtown Halifax do listen to the stories about the Bubbles bar. In 2006 Mike Smith opened this bar which evolved as a place where one could access the TPB memorabilia and fan stuff. Their USP was the cheap $1 drinks. No doubt, the place was full every time.

However, the city banned the sale of cheap drinks and this forced the bar management to increase the prices. The place closed down in 2010 but memories still remain.

Create your fun moments with the Bubbles costume

The task is not that difficult to accomplish. The first step is to procure the right size of nerdy glasses. I guess half the task is done there.

And then you would need those country styled western shirts, chinos and boots.

If you are preparing for the Halloween season try to imbibe some of his characteristics. Watch some of the episodes in Season 1,2 and 3 to understand the development of his on-screen personality.