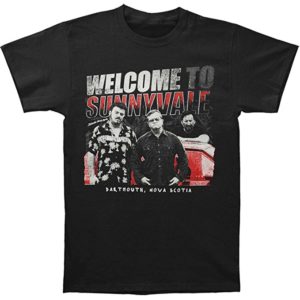 Suddenly a lot of spirituality is coming into life. One of my friends is attending a Satsang these days. It is a sort of religious or rather spiritual gathering where a lot of like minded people come together and ponder over the ultimate truth. The effects that this gathering is having on my friend is still not known completely but I can surely feel some of the positive effects. He is a lot calmer these days ( may be like Ricky ! ).

I have advised him to wear one of the Ricky shirts during the satsang and sense the reactions of others. It is surely not to disturb anyone but rather see how the more knowledgeable beings react to the trailer park boys. After all, they do have a great piece of existence here.

He has still not paid attention to my suggestion and I guess it won’t be the case in the near future as well. But I still am not able to comprehend the reason behind this reluctance. Those who are more into spirituality are generally not reactive in nature. They are certainly not like the college administration guys who simply have to feel a sense of rebellion whenever they see me wearing of the trailer park clothing. I guess it has more to do with what society tells us is the right thing to do and not what it actually is. This is the double talk in the world which I oppose to the core. But my opposition is not welcome on most occasions.